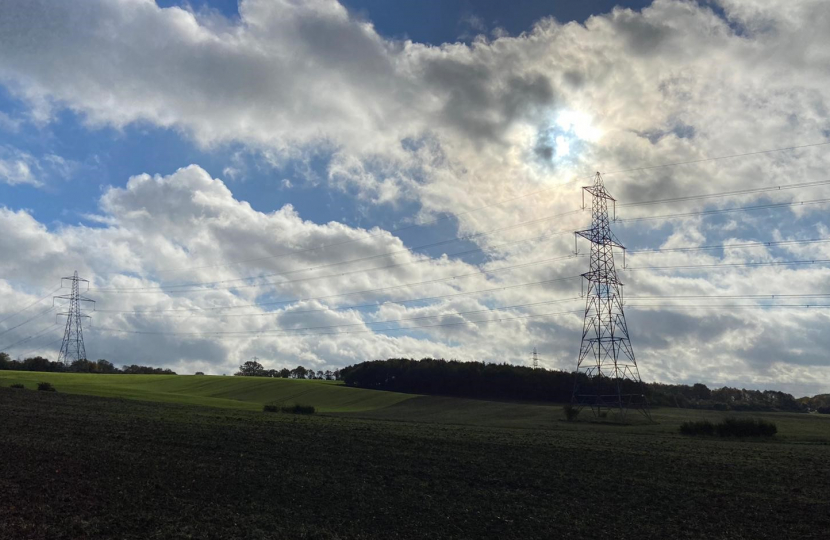 OFFSHORE TRANSMISSION IS THE FUTURE – AND WE HAVE TO START NOW

I therefore 100% re-enforce the point made by myself and 7 other MPs* that the consultation must include offshore options as well, thus giving the public a chance to have their say on the top-level choice of overland v undersea.

Due to recent media coverage of EAG, people might have been forgiven for concluding that offshore electricity transmission is neither practicable nor possible – a science fiction fantasy, convenient for those communities not wanting new pylons ‘in their backyard’. In fact:

It is worth stressing that the eastern and western links massively outstrip Sealink 1 in terms of cable mileage, and therefore, cost.

If East Anglian/South Eastern offshore cabling was allocated the same financial commitment as Scotland/Northern England, we would be able to deliver Sealinks 2, 3 and 4 – ensuring more than the 6GW an overland pylon run will provide.

THE CASE FOR OFFSHORE TRANSMISSION… BY NATIONAL GRID

MPs and constituents arguing for why we should deliver offshore transmission do not have to look far to find the same arguments already being used… by National Grid, to justify Sea Link (what we refer to as ‘Sea Link 1’). www.nationalgrid.com/electricity-transmission/network-and-infrastructure/sealink

“By connecting East Anglia and Kent, Sea Link will provide the additional network capacity needed to enable the import and export of wind energy to and from Europe”.

A key point about EAG is that the proposal seems to have been considered in a parallel universe – one where we are not moving towards an offshore grid; one where the Government doesn’t support that outcome:

The Prime Minister confirmed the Government’s position in answer to my PMQ on 19th May 2021:

‘I thank the Prime Minister for the support he has already shown for coming forward with an offshore transmission grid, which he knows will help us to both export our surplus offshore wind to the continent and reduce the infrastructure associated with new wind farm capacity. It is very important to our communities, but there is a question over timing. Given that he has already set out an ambitious and clear timetable for increasing offshore wind generation, will he now come out with an equally ambitious timetable for delivering an offshore grid?’

‘My hon. Friend is spot on in what he says about the need for an offshore grid. As well as building the fantastic windmills, it is vital that we bring the energy onshore in a way that has minimal disruption for local communities and enables us to maximise efficiency.’

There are two further important reasons for pushing for an offshore grid:

Of course, these benefits are in addition to the crucial ones for my constituents – avoiding the despoiling of beautiful countryside, and the direct impact on the homes and villages of our rural communities.

As stated in my question to the Prime Minister, and as is a key justification by National Grid themselves for Sea Link 1, the use of a coordinated offshore transmission network has a principal advantage of driving the ‘interconnectivity’ essential to export our offshore surplus – and importantly, to import when the wind is quieter here, but not in neighbouring markets.

If East Anglia were to have its ‘fair share’ of offshore infrastructure investment, not undermining offshore cabling elsewhere, but bringing our commitments up to the scale seen in Scotland/northern England - we could then use EAG as a positive opportunity to genuinely drive forward a piece of infrastructure that is in our strategic energy and overall national interest - an offshore grid.

In essence, the questions that National Grid need to address for my constituents are as follows:

As previously mentioned, it appears by latest estimates that we will have 1 mile of electric cabling off East Anglia, for every 10 miles off Scotland/northern England.

The groundswell of opposition to pylon plans through the East of England has ramped up this week, with three councils objecting, and a local MP calling for 'a fairer deal' for Suffolk.

SIx of the region's MPs have written a joint letter to the government over plans for a pylon network which cuts through the Suffolk and Essex countryside.

The South Suffolk MP James Cartlidge has spoken out against National Grid's proposal to build 180km of electricity pylons connecting Norwich to Tilbury in Essex via a substation in Bramford. He says undersea cabling ought to be considered as an alternative.

Calls are mounting from Suffolk political figures for an undersea electricity grid to be considered as an alternative to new power lines across rural East Anglia.

I would urge all of my affected constituents to respond to the consultation as soon as possible. You can do so HERE: https://www.nationalgrid.com/electricity-transmission/network-and-infra…

If you prefer to send your comments via email, you can email National Grid HERE: EastAngliaGREEN@nationalgrid.com