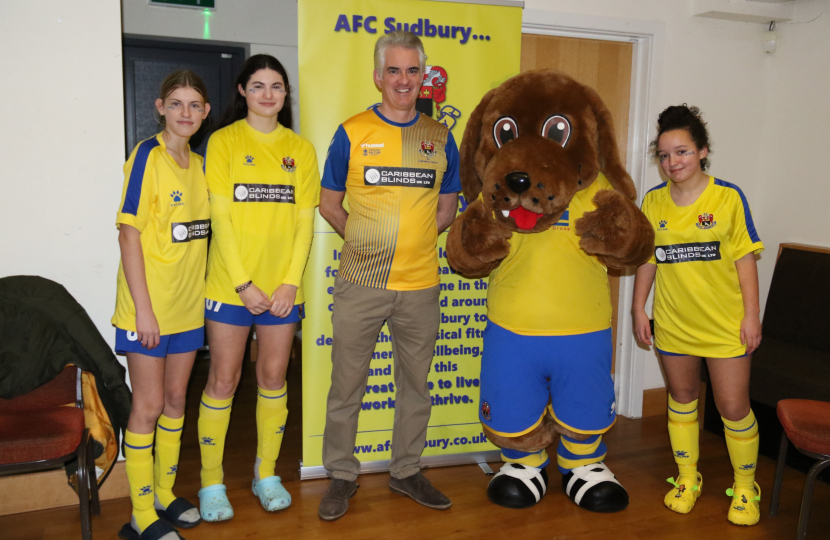 Suffolk football fans and players came together to commemorate the life of world-famous footballer Pelé - donning the colours of the Brazilian national team in his memory.

A 'Wear Yellow for Pelé' day was held on Saturday, January 7, at AFC Sudbury men's first team's fixture to mark the life of the legend.

The players of the two teams, AFC Sudbury and East Thurrock, were met by a sea of fans wearing yellow and blue when they came out onto the pitch.

A one-minute clap and short remembrance address were held to highlight how Pelé inspired a generation of people who love non-league and grassroots football.

A number of prominent people, companies, charities and schools joined the club's loyal fans for the event, including local MP James Cartlidge and Reverend Andrew Doarks.

Sudbury town mayor Ellen Murphy was also in attendance and presented the day's match mascot, loyal fan Graham Gilbert, with a 'Pelé 10' commemorative shirt, as it was also his birthday.

"We did a little clap for him at the full town council meeting the other day too.

"He truly came from nothing and managed to do so much. He's an inspiration."