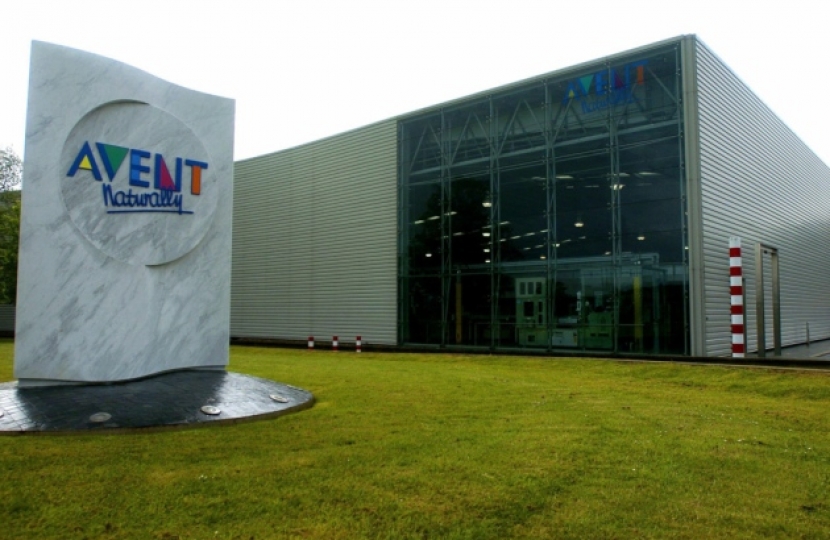 It looks as though the future of the Glemsford baby bottling plant is now secure Picture: TUDOR MORGAN-OWEN

A total of £25m is set to be poured into creating a new cocoa factory near Sudbury, which is expected to create around 50 to 100 jobs, it has been revealed.

Elsa Tay – a director of the £2.9bn turnover group alongside Hia Cheng – said although the timeline could be affected by the coronavirus situation in the UK, the company hoped the site would become operational in the second half of 2021.

The group said it is planning to invest about £25m overall in the site – including the purchase price – and to spend about £5m installing a melting line, then a further £10m in the second phase.

“The investment aims to tap into the highly skilled local workforce, providing directly or indirectly 50 to 100 jobs that will include positions in the factory floor shop and office,” said Ms Tay.

“The group would also like to further develop its research and development capabilities with the manpower and technical expertise available in the United Kingdom.”

The freehold purchase of the 17 acre site – which includes 300,000sq ft modern factory building – follows this year’s departure of Dutch firm Philips Avent with the loss of about 425 jobs, which dealt a major blow to the area.

“The investment will enable the GCB Group to gain an accelerated entry into the British market and to take advantage of the post-Brexit landscape,” she added. “The group will also be able to benefit from the fast-growing market for chocolate in the UK, which will also help sustain its continuous growth.”

The company was attracted to the site’s proximity to the Port of Felixstowe, enabling easy transportation of raw materials and to serve UK customers with seamless “just-in-time” delivery, it said.

It also sees its closeness to Schokinag Holding in Germany as an advantage. It acquired the business in January 2020 and believes the two sites combined will enable it to gain access to the wider European chocolate market.

The group appreciated the “strong support” it had received from the authorities which had accelerated its expansion in the UK and looked forward to “continued collaboration” said Ms Tay.

GCB makes cocoa-related products such as cocoa butter, cocoa cake, cocoa powder and cocoa liquor. It has a foothold in Asia, the United States of America, Germany and Ivory Coast.

The arrival of a new manufacturer at the site soon after the departure of Philips Avent has been welcomed by business and community organisations and by MP James Cartlidge, who chairs a South Suffolk Task Force which is hoping to meet the new owners on site towards the end of October.

Councillor Michael Holt, Babergh District Council’s cabinet member for economic growth, said: “We welcome this announcement which secures the future for manufacturing in the region. This site not only provides opportunities for employment in Glemsford and the surrounding Sudbury area but also supports our vision to attract new businesses and grow the economy in Babergh.”

Savills, which marketed the property, said it had worked with New Anglia Local Enterprise Partnership (LEP) and Babergh District Council on the sale.

Savills director Phil Dennis said: “The Glemsford site offered a rare opportunity to acquire a large freehold facility with manufacturing capabilities already in place. Working with New Anglia LEP and Babergh District Council we are very pleased to have retained the site for industrial use, proving there remains significant demand from industrial occupiers despite ongoing uncertainty.”