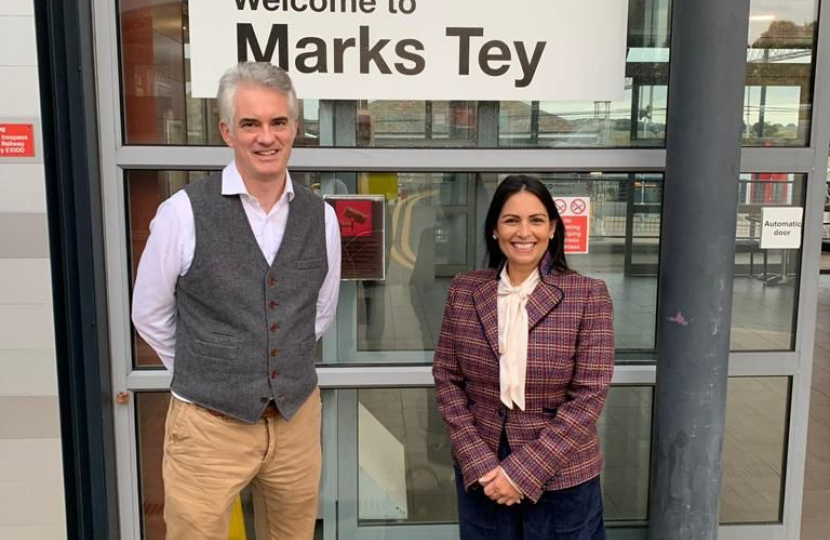 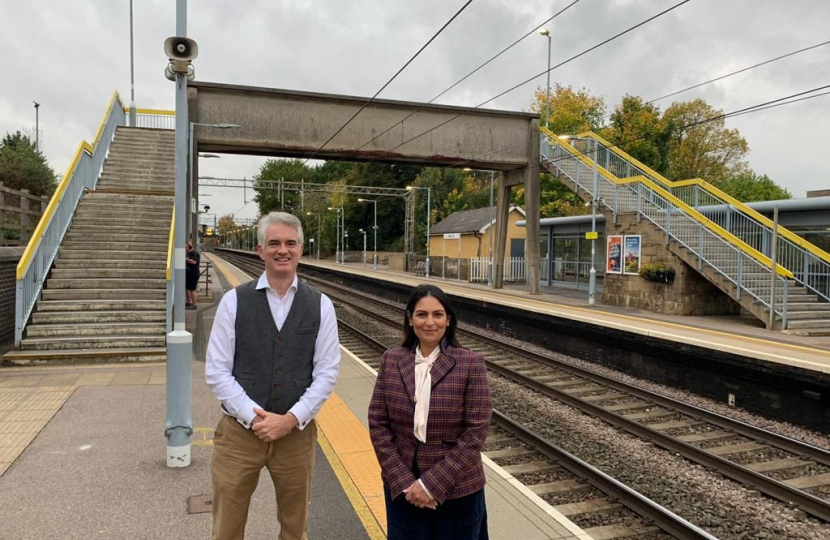 South Suffolk MP James Cartlidge and Witham's Priti Patel have paid another visit to Marks Tey station in a bid to improve access to the station for travellers to and from Sudbury.

Despite several attempts to get funding there is still no step-free access for passengers from Sudbury heading towards London.

Changing trains involves using stairs at the station which is used by about 600,000 passengers a year – about 350,000 of those are passengers who change trains between Sudbury and London.

Mr Cartlidge and Ms Patel will be pressing the Government to include the Station in the next round of access for all funding.

Their visit to Marks Tey also follows a commitment given in the House of Commons by Rail Minister Kevin Foster to visit the Station after the issue was raised during transport questions.

Mr Cartlidge said: “I met Greater Anglia earlier this month and was pleased to hear that the next window for potential ‘access for all’ funding bids is now open, given that this is the most likely funding pot for delivering a lift at Marks Tey.

"I therefore look forward to working with Priti Patel to push the case for Marks Tey, given the importance of the crossing to my Sudbury-based commuters, who are particularly reliant on onward connections from the Station as their main way in to London and Chelmsford."

Ms Priti said: “Marks Tey station provides a vital connection to commuters and it needs to be upgraded so that it is fully accessible and benefits everyone who uses the Sudbury branch line.

"James and I are campaigning hard to get the Government to agree to include the Station in the future access for all programme.”

The campaign has been running for several years – in 2018 the two MPs met Greater Anglia managing director Jamie Burles to press the case, and plans for lifts and a new bridge have been drawn up – but so far no date has been given for the work to take place.