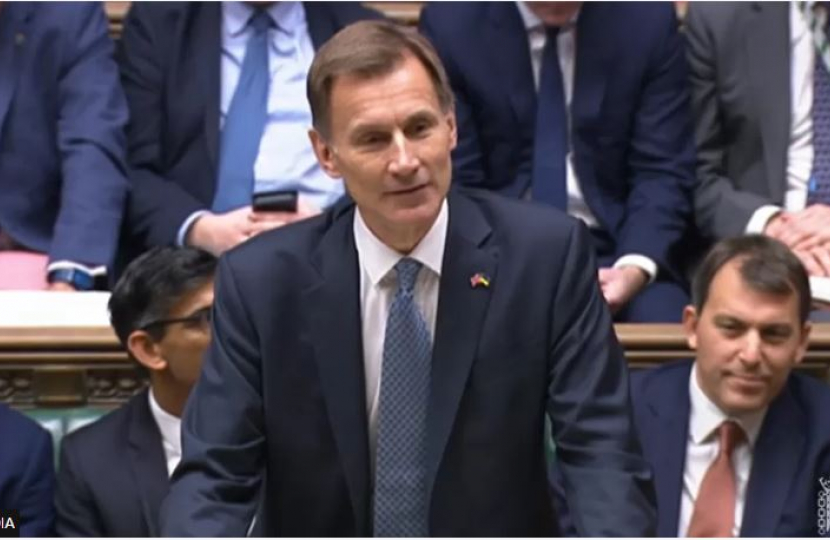 Neighbouring Cambridgeshire and Peterborough area has had an elected mayor since 2017.

Mr Hunt said more power needed to be put in the hands of local leaders.

"We need more of this inspirational local leadership," he said.

H﻿e said in the commons the deal would bring a mayor to Suffolk.

Conservative M﻿r Hicks said the authority would “pursue a model" of electing a leader rather than a mayor.

He said the deal was developed in partnership with Suffolk's district and borough councils, Police and Crime Commissioner and MPs.

The details of the deal will be published by the government in the coming weeks.

M﻿r Hicks said it would then "be taken forward to public consultation with Suffolk’s communities and businesses".

Treasury Minister James Cartlidge, who is also MP for South Suffolk, said it was a "really exciting" deal that would be worth £480m for Suffolk.

T﻿he Conservative said the county would be "one of the first non-metropolitan areas to benefit from devolution".

H﻿e told BBC Radio Suffolk the deal would involve the "current configuration” of councils in the county.

B﻿ut Jack Abbott, the Labour parliamentary candidate for Ipswich, said it was "unlikely" the devolution deal would bring change to local government in Suffolk.

Writing on Twitter, external, he said "unless serious funding and autonomy is forthcoming, it is difficult to see how this role solves deep-rooted issues".

H﻿e said devolution could "break the deadlock on crucial projects" but added: "I'm just not sure the fundamentals have been thought through."

Norfolk County Council said in a statement: "Although discussions on a Norfolk deal are well advanced, no final decision has been made." As is the case with Suffolk, it said any deal would not involve a mayor but rather an elected leader of the county council.

Every council wants more of a say over how public money is spent.

For years there has been frustration that unelected officials in Whitehall, who often don’t know an area, decide how millions of pounds are spent on roads, housing, training and transport.

But finding a way to do it has proved difficult.

To make devolution efficient. it should cover a large area but plans for East Anglian devolution with a directly elected mayor were strenuously opposed in Norfolk and Suffolk and local councils were reluctant to give up their powers.

So now the government is changing the rules and giving devolution to individual counties and saying if they don’t like the idea of a powerful mayor, they can have an elected council leader instead.

That idea seems to have found favour in Norfolk and Suffolk.

There is still some way to go but in the future local people may have more power and more of a say.

In last month’s column I wrote about how pleased I was that Jeremy Hunt had become our new Chancellor of the Exchequer. In writing that, little did I know that a few weeks later I would be appointed a Minister in his Treasury team.