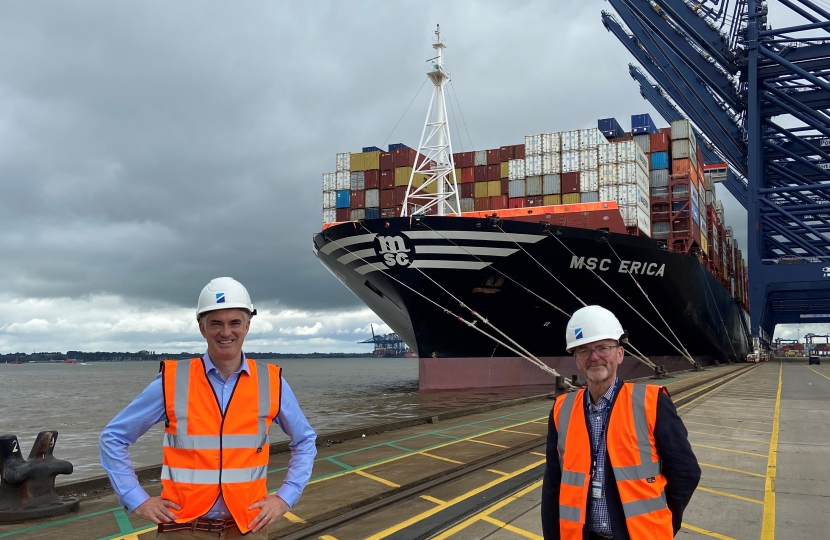 A new bid to keep pressure on Highways England to upgrade the Copdock interchange between the A12 and A14 has been launched by MP James Cartlidge and the Port of Felixstowe.

They have both written letters to Transport Secretary Grant Shapps seeking to ensure that the upgrade of the road is competed during the second half of this decade.

The upgrade of the junction - which is a major bottleneck for traffic heading from the port to London and the south of England - is "in the pipeline" for Highways England's third Road Investment Strategy (RIS3) to be completed between 2025 and 2030.

It is currently in the RIS2 programme as a "development project" with engineers looking at how it could be improved.

South Suffolk MP Mr Cartlidge, whose constituency includes Copdock, and port bosses are anxious to ensure the upgrade is at the forefront when plans are made for the next few years.

He said the fact that Freeport East was announced by Rishi Sunak in this year's budget - covering the ports of Felixstowe and Harwich - made the improvement to the junction so important.

Mr Cartlidge said: “I was delighted when the Copdock Interchange was identified as a development project in RIS2 and it is vital that we continue to make a strong case for the project’s inclusion in RIS3.

Following the freeport announcement in the Budget earlier this year, the case for the upgrade is stronger than ever. In order to make the most of the exciting freeport opportunity for our economy, the disruption caused by the Copdock Interchange has to be solved.

"This will not only improve transport in the area for residents, but also prevent delays for commercial vehicles.

"It was brilliant to visit the Port of Felixstowe recently to discuss the opportunities that freeport status can bring and I am grateful for their support for the Copdock Interchange upgrade.

"I will continue to work with Suffolk’s MPs, the Department for Transport and Highways England to progress this necessary improvement to our local transport system.”

He and Port of Felixstowe Chief Executive Chris Lewis have sent separate letters to Mr Shapps urging a fast decision on the project - Mr Lewis pointed out that Freeport East would create 13,500 new jobs and contribute billions to the the economy.