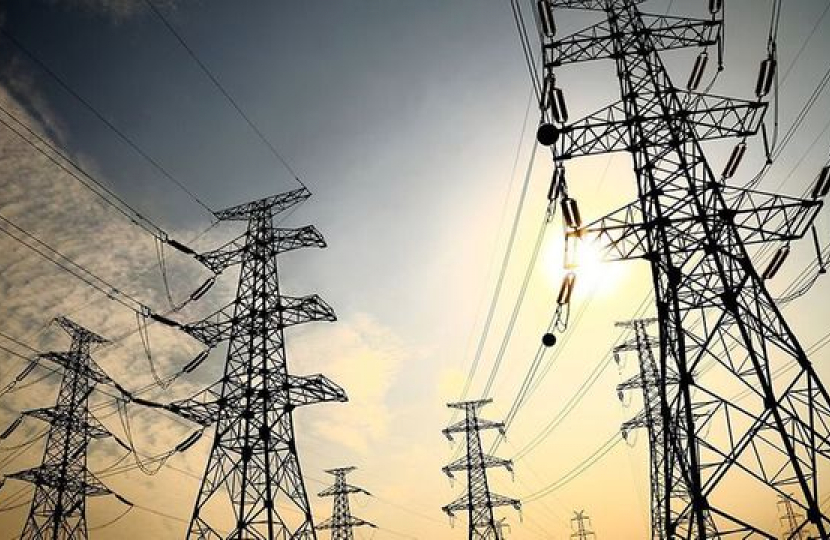 A Suffolk MP has written to the National Grid asking that the consultation on a controversial pylon project be conducted by an independent authority.

South Suffolk MP James Cartlidge has written to the chief executive of National Grid to ask that offshore alternatives be considered with the involvement of his constituents.

The East Anglia GREEN (EAG) project would see a 180km network of 50-metre tall pylons cutting through the Norfolk, Suffolk and Essex countryside.

On Monday, July 18, a commitment to a detailed assessment of an offshore option was made between MPs and National Grid.

However, National Grid is proposing to carry out this work itself as an explanation of the reasons for discarding an offshore cable alternative - while Mr Cartlidge and other campaigners firmly believe it should be an independent study.

In the letter to National Grid chief executive John Pettigrew, Mr Cartlidge said: "I asked why this information was not available until 'later in the summer' and was told, quite simply, that the work had not been done.

"You will appreciate that it seems extraordinary that you have made a choice for an overland narrow swathe for EAG - rejecting offshore options - without any detailed assessment of those offshore options. I am afraid that is a far from satisfactory position."

Mr Cartlidge also stated that the National Grid's dismissal of offshore options as "too expensive" is "effectively predetermined".

He asked that the report on alternative plans be "undertaken with an open mind by an independent consultant", that the report be shared with constituents in the affected communities and it must assess a range of offshore options.

Previously, a letter calling for the reopening of a consultation on the controversial pylon project was signed by 14 East Anglian MPs.

They stated: "We want our constituents to be able to express a meaningful choice on the 'top level' question - overland or undersea. Any say in this choice was denied to our constituents."

A petition calling for the plans to be shelved, with an alternative proposal to place cables under the sea, has received more than 21,000 signatures since it launched in May.

National Grid says the reinforcement of its cable network is needed to carry more renewable and low carbon power from offshore wind and interconnectors, as well as new proposed nuclear generation at Sizewell C. It is currently examining feedback from the consultation exercise.