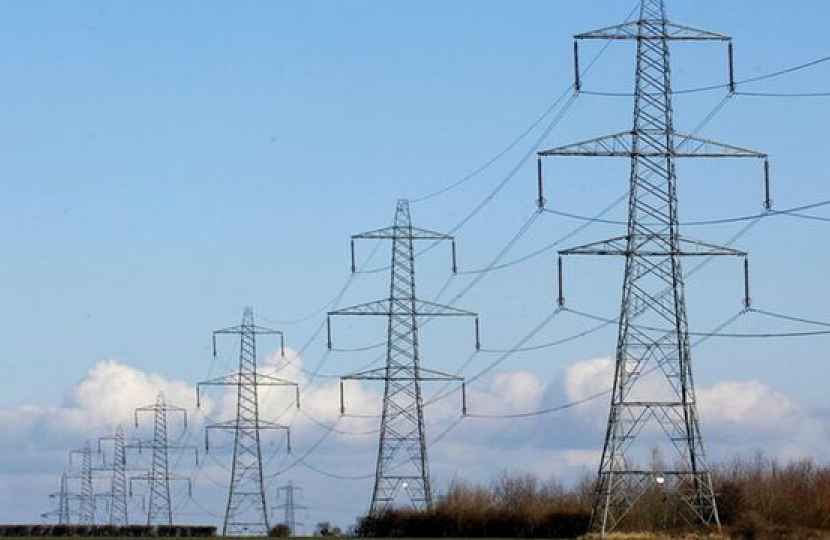 A letter signed by at least 12 MPs has called for the reopening of a consultation on a controversial pylon project. - Credit: Archant

A letter calling for the reopening of a consultation on a controversial pylon project has been signed by at least 12 East Anglian MPs.

The East Anglia GREEN project would see a 180km network of 50-metre tall pylons cutting through the Suffolk and Essex countryside.

A petition calling for the plans to be shelved, with an alternative proposal to place cables under the sea, has received more than 21,000 signatures since it launched in May.

Thus far, the letter to minister of state for energy, clean growth and climate change Greg Hands has been signed by 12 MPs across Norfolk, Suffolk and Essex.

They stated: "We want our constituents to be able to express a meaningful choice on the 'top level' question –overland or undersea. Any say in this choice was denied our constituents."

In a tweet posted on Tuesday, July 5, South Suffolk MP James Cartlidge revealed offshore options were being explored for a route from southern Scotland to County Durham. Tweet HERE.

Further to this, the letter stated: "We are sure you will agree that this represents a gross unfairness, with one approach in one part of the UK, one approach in another."

Commenting on the Scotland to England Green Link, a spokesman for National Grid said: "In this instance, a subsea option was proposed as the most cost-efficient option in the timescales needed for delivery, as opposed to an onshore overhead line.

"Ofgem reviewed our proposals and was satisfied that a clear case has been made and there is consumer benefit in progressing the proposed subsea High Voltage Direct Current links."

Mr Cartlidge responded: "I do find this statement by National Grid quite extraordinary. If it's possible to provide this kind of information in response to a media request, why cannot it be used to engage with my constituents in the so-called 'consultation' that has just closed?

"We are a democracy. The consultation is meant to provide the public with a 'say' in the choice of route for East Anglia Green. Yet in that consultation, all discussion of offshore options was shut down."

Thus far, the letter has been signed or endorsed by the following 12 MPs: