More people in jobs across East Anglia according to government 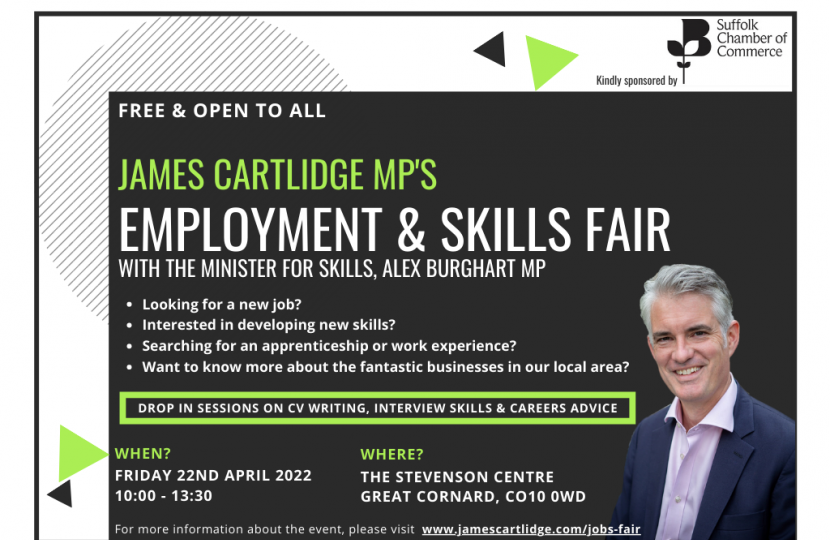 Despite concerns about the cost of living crisis, the number of people in work across East Anglia is still higher than before the pandemic as the unemployment numbers continue to fall.

There are also more local figures for Universal Credit claims.

Across Suffolk there were almost 55,000 people on UC. Of those 18,583 were in the East Suffolk district and 14,567 were in Ipswich (East Suffolk has nearly twice the population of Ipswich).

Most UC claimants are in low-paid work and receive extra support from the government.

East Anglia district manager for Job Centre Plus Julia Nix said: “With record levels of vacancies across the country it’s our top priority to work with employers and jobseekers to match the right job with the right person.

"We’re continuing to invite businesses, especially in the key industries into our jobcentre, and by organising regular jobs fairs, a growing number of jobseekers have been offered jobs on the spot."

The next jobs fair planned for Suffolk is at the Stevenson Centre in Great Cornard near Sudbury next Friday between 10am and 1.30pm. It has been arranged by South Suffolk MP James Cartlidge and Skills minister Alex Burghart will be visiting.

Mr Cartlidge said: "During multiple constituency businesses visits, employers have raised issues with recruitment and the skills gap locally. I have therefore organised an Employment & Skills Fair with the aim of showcasing the opportunities that are on offer in our area.

"It’s fantastic news that the Skills Minister has agreed to attend, to meet with our brilliant employers and to hear more about the skills challenge in South Suffolk."

Anyone wanting to visit the fair can register on Mr Cartlidge's website so they can be linked to someone who might be interested in their skills.