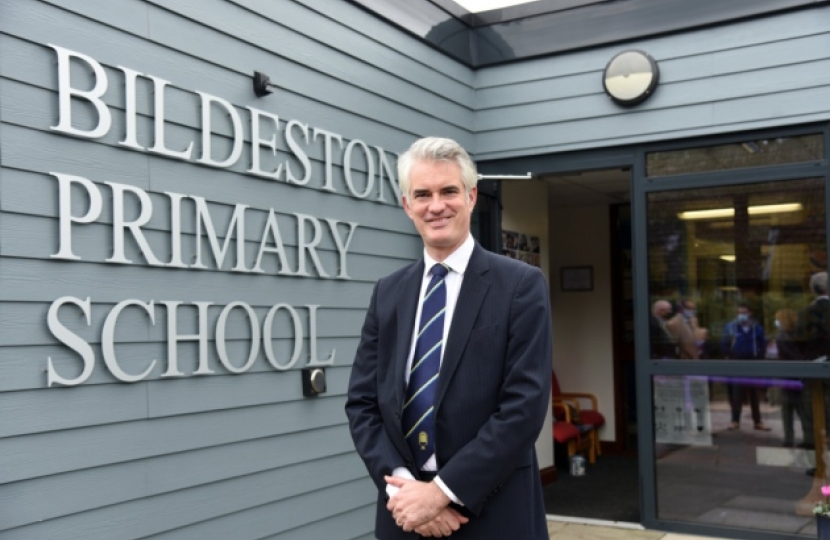 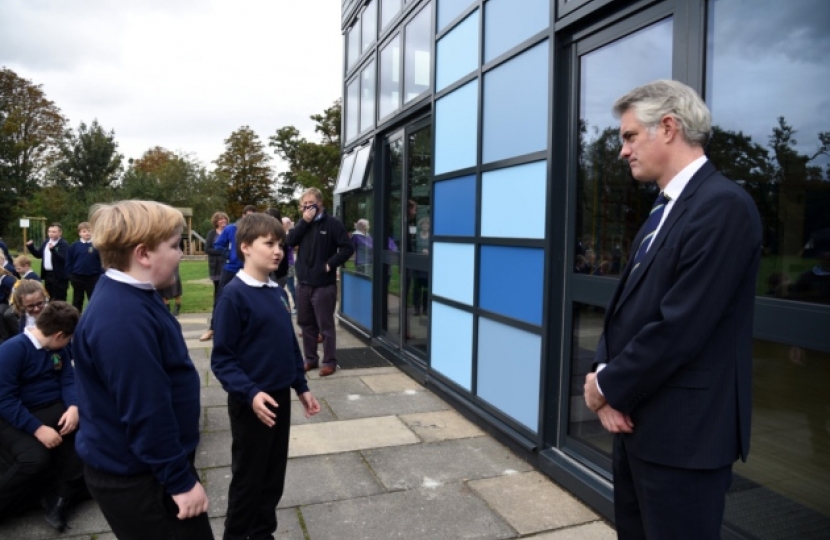 Major renovations have marked “a new chapter” for a Suffolk primary school, which was opened by local MP James Cartlidge, much to the excitement of their pupils.

Bildeston Primary School has undergone a complete facelift over the past 18 months, with a new roof and new external cladding introduced.

Staff at the school were told in 2017 that the building was releasing 80-85% of the energy used, forcing them to take action.

A generous grant from Suffolk County Council allowed the work to be done and now, more than a year on, the school has been officially “opened”, despite welcoming pupils while the renovations were being carried out.

Lynne Golding, headteacher at the school said: “Its a project which has been a long time coming.

“It’s taken about 18 months to complete all together so it has been a while.

“It is a lovely new chapter for the school. We’ve certainly had many years of having to work with a building which is very tired, very energy inefficient, and over the years we’ve been trying all sorts of things including solar panels and energy efficient lighting.

“But of course this big expenditure has only been possible with the support of the local authority so it’s been brilliant that Suffolk County Council have helped us with a major grant which.

“Even though we are paying some of it back to them, it has been amazing.”

To mark the occasion, Conservative MP for South Suffolk, James Cartlidge attended the school to talk to the pupils and cut the ribbon to open the new-look building.

Mrs Golding said that the occasion had led to much excitement amongst the students.

“The children have been quite excited about the concept of having an MP open the school,” she said.

“We’ve just recently elected our school council so they are learning how elections work and democracy.

“I think there are key moments when children are lucky enough to be at school when something major happens.

“I think this is a moment which will be another one of those major primary school memories.”

I wish I was writing about something other than Coronavirus, which I have touched on to some degree in each of my last few columns.