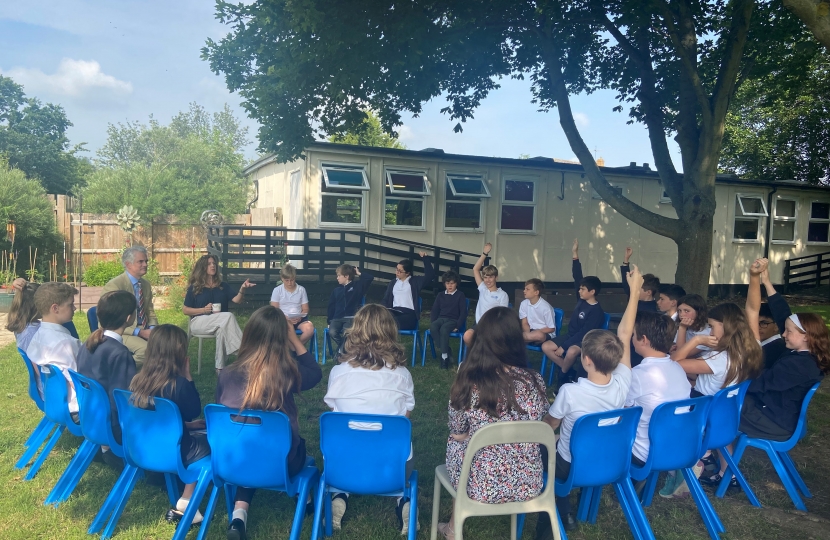 A group of schoolchildren have received praise from a Suffolk MP for their campaign to commemorate slave trade abolitionist Thomas Clarkson.

Last month, pupils from Stratford St Mary Primary School came up with proposals for a statue of the anti-slavery campaigner in Ipswich.

The children were thrilled to receive a visit from South Suffolk MP James Cartlidge, who was impressed by their knowledge of Clarkson's work and offered to forward the proposal to Ipswich Borough Council.

Teacher Julie Rivers said: "Not only did they discuss their proposal, but Mr Cartlidge spoke about his role as an MP and the children were able to ask him about varying issues.

"At the end of the session, he commented on their fantastic discussion and debating skills, and said that their proposal was very unique."

Clarkson, who lived at Playford Hall until his death in 1846, has a road dedicated in his name and was among the 'Ipswich Pioneers' in one of 15 stories put forward for inclusion on the arches at the new Cornhill in 2018.

Classmates came up with the proposal after learning about the slave trade.

After hearing about the children's work, borough council portfolio holder for planning and museums, Carole Jones said: "It’s great that our children are thinking about such important issues and are also learning how Ipswich has many times played a part in world history.“