Over 1,000 people respond to A14 junction 55 Copdock Interchange plans 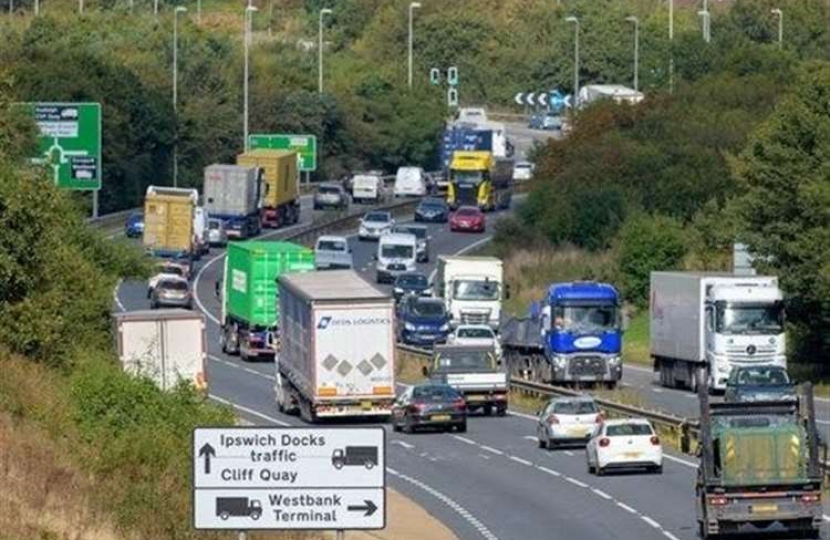 Nearly 1,500 people who live, work and travel in and around the A14 J55 Copdock Interchange have shared their opinions in a recent consultation.

Over 1,000 people who live, work and travel in and around the A14 junction 55 Copdock Interchange have shared their views on proposals to improve the busy junction.

During a six-week consultation between Friday October 29 and Thursday December 9 close to 700 people, including MP for South Suffolk James Cartlidge, discussed the plans at one of four public information events.

Another 782 people returned detailed responses to the consultation. Over 1,500 people responded in total.

The work, carried out by National Highways, is one of 32 proposed schemes being considered for development as part of the Road Investment Strategy 3 pipeline (2025-2030).

Located south-west of Ipswich, the Copdock Interchange is one of the key strategic junctions serving the town via the A14, A12 and A1214.

The junction, situated only 14 miles west of the Port of Felixstowe, regularly suffers from congestion and poor journey time reliability.

James Goodman, National Highways Project Manager for A14 J55 Copdock Interchange, said: “We’re hugely encouraged by the number of responses to this consultation. The junction is one of the busiest in the region and we hope that over the last six-weeks we’ve shown drivers, business owners and local residents how our proposals could make a real difference in improving journeys.

“I would like to thank everyone who took the time to come to our events and to respond to the consultation, the feedback we receive will play an important role in the evolution of our design. Our attention will now turn to analysing what people have told us, and we will develop our plans for possible consideration in the next roads investment period.”

National Highways will now undertake a programme of analysis and produce a consultation report. This report will summarise and consolidate the feedback received and will be made available to the public.

If approved for funding by the DfT, a preferred route announcement will then present the best option to be taken forward to detailed design and planning approval process.

A spokesperson for Babergh Green Party, who oppose both suggested options for the development of the junction, said: “This is not a junction improvement scheme, it is a traffic increase scheme, at considerable cost to the tax payer nationally and locally.

"We should be investing in more capacity for rail freight from Felixstowe and better bus, cycle and walking links, not incentivising more road traffic."

The party added: "Post Cop26 any road development plans should look at ways of reducing road use rather than increasing it, and should also be a part of a holistic approach to transport development that includes greener options and including greater infrastructure for public transport, including improved facilities for walkers and cyclists.

"Both plans in the J55 consultation will increase road noise and pollution and carbon emissions, further encroach on green spaces and include the loss of natural habitat and species therein, and ignore the need for better directed investment into freight rail services and facilities to manage the traffic generated by trade via Felixstowe Port which would reduce the burden on the road network.

"They will encourage and incentivise extra traffic onto the roads in contradiction to the government’s and both Babergh and Suffolk County Council’s own Climate Change Plan to reduce car journeys in the county."

For more information about the project, visit the website.