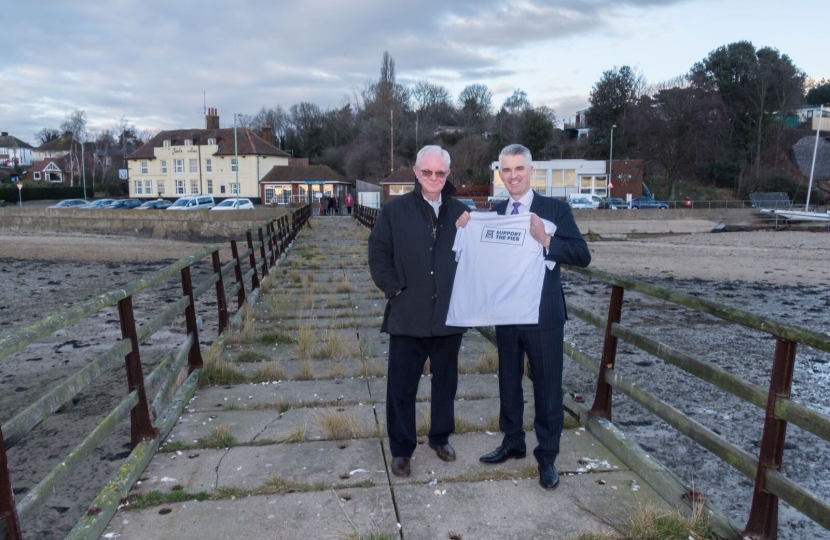 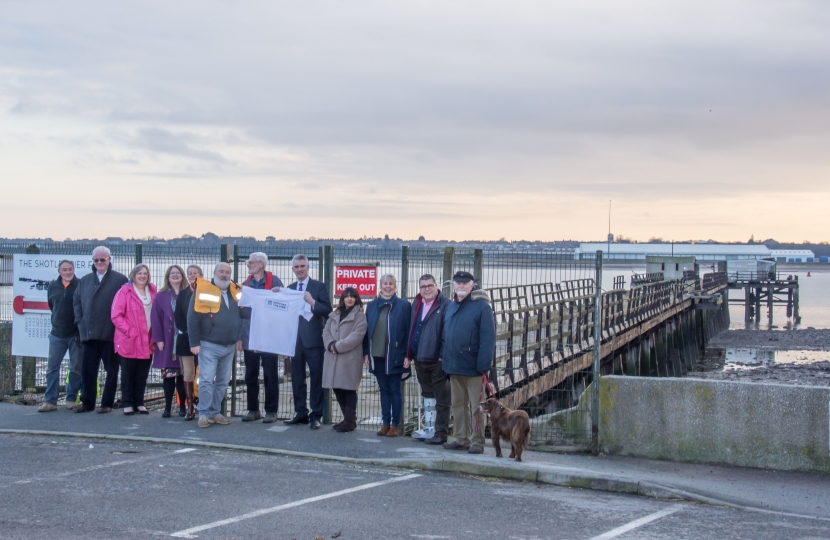 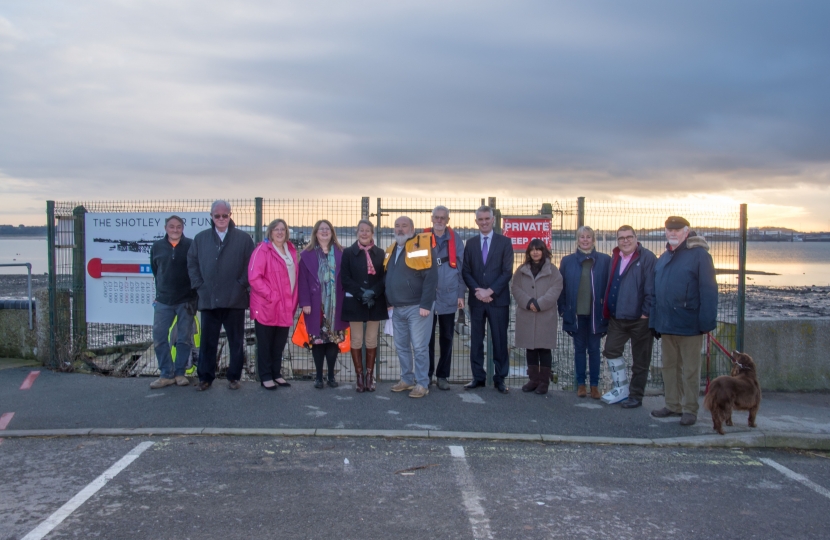 A Suffolk MP inspected a historic pier in his constituency to see the work being undertaken to bring it back into working order.

James Cartlidge, MP for South Suffolk, visited the Shotley Pier after being made a patron of the group that has raised tens of thousands of pounds for its restoration.

The Shotley Pier Group wants the pier to include kiosks, fishing opportunities and a walkway looking out over the river Stour.

It has raised £62,015 by selling shares, which will be doubled by the “Booster Programme”, funded by Power to Change and Co-operatives UK.

“The team has shown impressive levels of effort, enthusiasm and determination to get the project to this stage, and I look forward to collaborating further with them in future,” he added.

Group chairman John Davitt said members were now “on the verge of exchanging contracts” to buy the pier.

“It was a great feeling to step briefly onto the pier with our patron and to discuss our plans,” he added.

During the inspection, Mr Cartlidge was able to see “just how much work will be needed to complete the regeneration”.

“However, with the generosity and support from residents on the peninsula and further afield, I am sure that the Shotley Pier will have a bright future ahead. I think this once again underlines the strength of community spirit in Shotley,” he added.

Babergh District Council has also supported the project by paying for a survey and offered a £20,000 economic development grant to the group.

I am absolutely delighted to be the Patron of this fantastic community project. The team has shown impressive levels of effort, enthusiasm and determination to get the project to this stage, and I look forward to collaborating further with them in future.