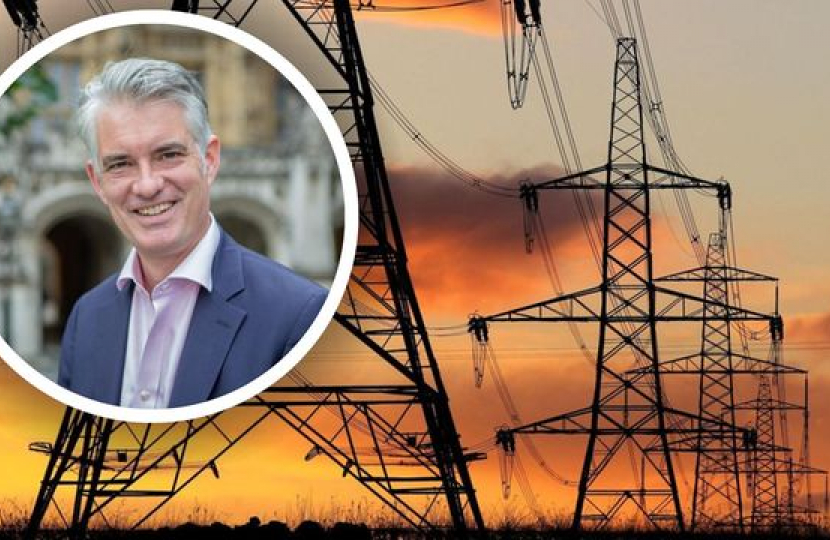 A local MP has said there is 'no alternative' to reopening the pylon project's consultation, after a survey found that almost 100% of people think offshore alternatives were not fully explored. - Credit: Office of James Cartlidge MP/Andrew Milligan/PA Wire

A Suffolk MP has said there is "no alternative" but to reopen the pylon project's consultation after a survey found that almost 100% of people felt offshore options were not fully explored.

According to a survey conducted by South Suffolk MP James Cartlidge, 99.4% of people believe that the consultation on National Grid's pylon project did not meaningfully discuss an offshore alternative.

Of 1,040 participants, only five agreed that alternatives were discussed and of the 1,034 who disagreed, 98.8% would support a reopening of the consultation.

In response to the overwhelming majority, Mr Cartlidge said: "The fact that almost 100% of those surveyed reject National Grid's central claim about the process of their consultation means that there is no alternative to reopening it, this time including a transparent discussion of all options."

His survey of affected constituents from across Norfolk, Suffolk and Essex was prompted as a result of a meeting in which National Grid stated that they had discussed an offshore alternative to the proposed swathe of new overland pylons.

Mr Cartlidge added: "After all, National Grid has done no detailed work assessing offshore options - so how could there have been such a discussion?

"For National Grid to claim that their consultation covered the option that my constituents most strongly support, when they clearly did not, again undermines faith in the consultation process.

"The only way to rebuild that faith is to go back to square one, engaging the people of East Anglia with an open discussion of all the top-level options."

A spokesman for National Grid said: "We are governed by licence and regulatory obligations, and government planning policy - such as the National Policy Statements (NPS), which all set the framework for how we deliver our infrastructure in the UK.

"The NPS states that the government expects that overhead power lines will often be appropriate."

They added that the cost of network connections ultimately goes onto the energy bills of the consumer, meaning they are required to develop proposals which represent value for money to consumers.

The spokesman also went on to say that "offshore options would still require development of onshore infrastructure along the coast in different parts of East Anglia".

They are currently reviewing the feedback from their initial eight-week consultation and there will be another opportunity to comment on the proposals before they submit a planning application.