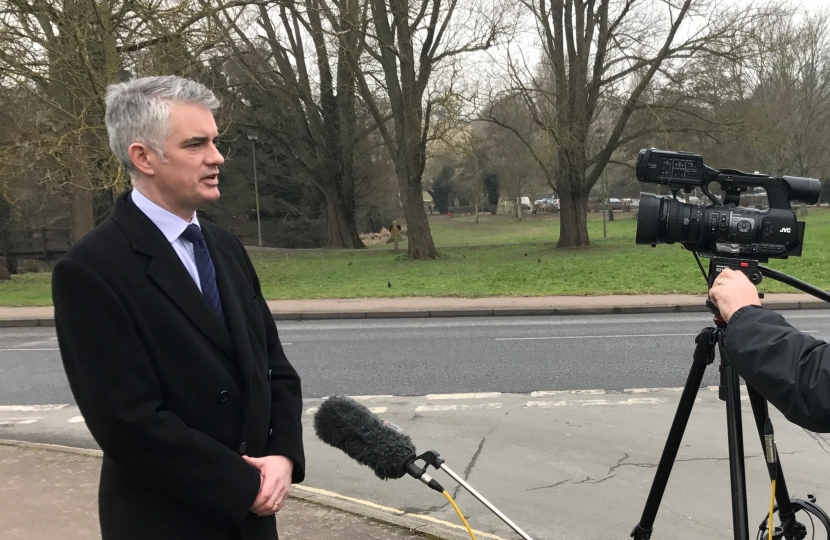 Please see my statement below on extending free school meals into the school holidays.

I previously said on Twitter that I felt some of the reaction to how MPs like me voted on one specific proposal was disproportionate, including death threats to some of my female colleagues, given that in all previous years under Labour – including the terrible economic crash in 2008 – they followed the same principle that schools are not usually responsible for providing meals to their pupils outside of term time. I have always sought to avoid ‘party political’ barbs in serious debates like this but the fact that this principle has been unchanged under different Governments underlines that extreme reaction is unjustified. However, in response to my tweet a number of respondees made the very reasonable point that these are not ‘normal’ times because of Covid-19. Whilst that was also true of the financial crash, when school meals were not extended beyond term-time, I do agree that these are not normal times. Therefore, I wanted to take this opportunity to outline the work that is being done to support those families most in need as a result of the Covid-related economic downturn, with a wide range of measures amounting to a total financial quantum that is completely unprecedented. Above all, just because I think that there are other policies that will have a greater impact on the poorest families than making temporary food voucher support in holiday time permanent, it does not mean that I believe we should ignore the huge responsibility of supporting those in the most marginal circumstances.

On the contrary, I believe that it is absolutely correct that support is provided to families who are struggling. In the early stages of the pandemic much of the focus was on the need to provide those who were shielding with essential supplies and support. My office worked extremely hard when the initial lockdown commenced to direct people to relevant support, with a particular challenge being vulnerable residents unable to secure basic food stuffs because of ‘panic buying’. I recognise that the challenges that many families face now are financial, as the underlying economic impact of Covid really starts to crystallise, and that for many of these families it will be the first time in their lives that they are experiencing hardship of this kind. I appreciate that it must be incredibly difficult for those parents who have lost their jobs or suffered an income drop, through no fault of their own, and how stressful it must be to provide for their families whilst we work to beat this virus.

Through my work as Private Parliamentary Secretary to the Chancellor, the Rt Hon Rishi Sunak MP, I have seen the huge amount of effort and money that has been put into stabilising the economy as far as possible. Every job that was protected through the furlough scheme, every business that was able to survive due to a grant or loan, and every self-employed worker who became entitled to income support, has kept the economy moving and helped to prevent families falling into hardship. In total, the Government has provided over £200 billion to support jobs, livelihoods, and businesses throughout this pandemic. This amount is not only vast in scale, but I’m proud that official HM Treasury distributional analysis shows that our Covid-related interventions since March have supported the poorest working households the most (as a proportion of February income). Most significantly of all, today the world's most respected independent financial organisation, the International Monetary Fund (IMF) has praised the UK's economic response to the pandemic, stating that, "The UK stepped up to support those in most dire need", "has made an enormous effort and taken unprecedented steps to sustain incomes, curb corporate insolvency and keep unemployment down”, and that “The [UK gov's] aggressive policy response—one of the best examples of coordinated action globally—has helped mitigate the damage, holding down unemployment and insolvencies." You can read more here: https://www.imf.org/en/News/Articles/2020/10/29/mcs101920-united-kingdom-staff-concluding-statement-of-the-2020-article-iv-mission.

Of particular importance has been our very significant additional financial support for the core welfare safety net. Recognising the extra strain that the pandemic has placed on families across the nation, the Government boosted the Universal Credit standard allowance and Working Tax Credit by over £1,000 per year for 12 months. This multi-billion pound intervention built on the 1.7% increase in value of working age benefits that came into effect in April 2020, benefitting 2.5 million households. Additionally, local housing allowance rates increased, providing additional support for private renters. This significant investment cost almost £1 billion and ensures that more than 1 million households will see an increase, on average, of £600 per year. In addition, more than 2 million people who own their home benefited from the six-month mortgage holiday, helping to limit household outgoings during the first wave of the virus. Furthermore, the Government funded a £500 million council tax hardship fund to enable local authorities to reduce the council tax bills of economically vulnerable people in their area.

I have never met Marcus Rashford but as a student in Manchester I lived near areas with great social challenges not far from where he was raised and I don’t doubt that difficult conditions persist in particular areas, especially with all of the pressure of Covid related economic factors. I think he has achieved great things and shone a national spotlight on the issue of supporting the most vulnerable. Where the Government does have concerns about his proposal is how well targeted it would be. As part of our £200bn package, we have provided targeted support to those families who are most in need. Nationally we are providing an additional £63 million to local authorities to help them support households who are struggling to afford food and other essentials. On a local level this has had a significant effect. Suffolk County Council was awarded £770,000 as its share of the hardship grant. The Suffolk Public Sector Leaders provided further match funding of £800,000 to this fund. So far, the Suffolk system has spent £600,000 and this covers:

Some of the help provided by the hardship fund to date has included supporting families with food and fuel vouchers, paying utility bills and buying school uniforms. Other specific interventions included buying a bike for a man to get to his new job, after losing his old job due to Covid-19 and selling his car to cover the resulting expenses. Another saw the council fund a pair of special boots for a child with disabilities whose family could no longer afford the item. The fund has also been used to cover rent arrears for families in hardship. On top of this, Suffolk County Council has also committed £250,000 to Suffolk Foodbanks and awarded a further £60,000 to the Suffolk Community Foundation’s emergency hardship fund.

Let me be clear, this local support should not be seen as an alternative to national action, but the point is that the impact of this kind of more localised intervention working in partnership with nationally funded direct support for the economy, public services and the safety net has had a huge impact, and the greatest impact has been on those with the least.

I am proud that we have been able to provide targeted support for these individuals and families throughout this pandemic. No child should go hungry due to financial hardship, and if you are aware of a family who are struggling, then I would kindly ask you to encourage them to either get in contact with my office directly, or to call the Suffolk Support and Advice Line that has been set up to help with debt advice, budgeting, mortgage, rent or credit card problems, and employment queries. The number is 0800 068 3131 and it is manned/open Monday to Friday 9am to 5pm. There is a lot of support available both locally and nationally, and we would be pleased to help where we are able.

Voting for the UK to return to a national lockdown earlier this month was one of the hardest choices I have ever had to make as an MP.