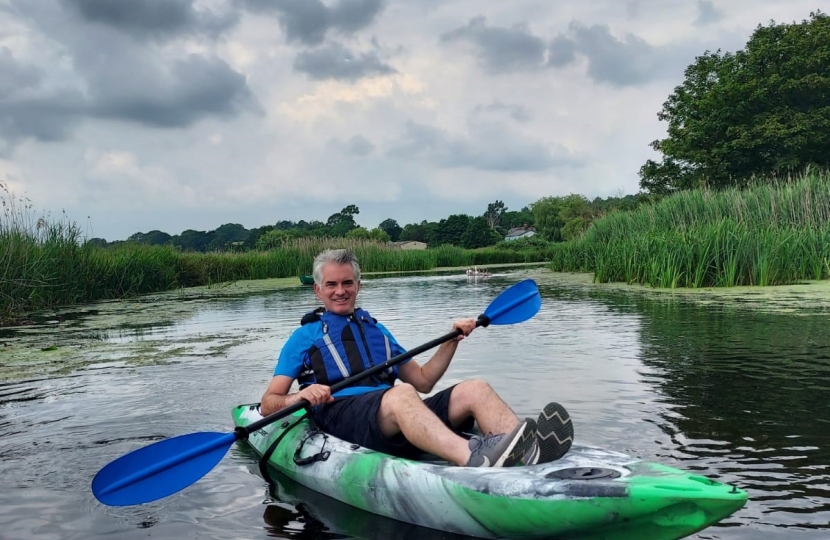 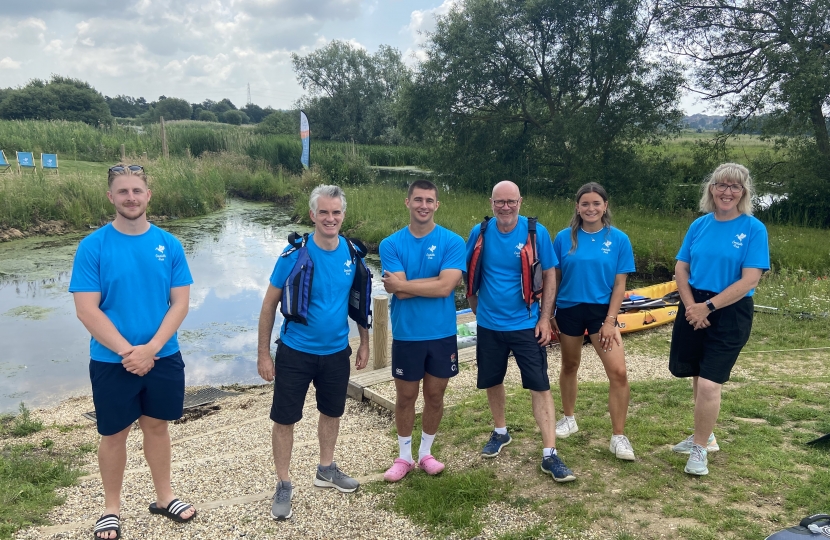 South Suffolk MP James Cartlidge took to a kayak on the River Stour.

South Suffolk MP James Cartlidge couldn't resist the offering of getting on the water when he visited the new Constable Park activity and holiday centre at Brantham on the River Stour.

After meeting staff at the weekend he took to the water in a kayak to show he was able to paddle along the Stour.

He formally opened the centre's coffee house which has opened to the public this week - with the first glamping holidaymakers due to arrive at the weekend.

Constable Park boss Ian Williams said: "Our activity centre opened about five weeks ago and now we've got the coffee shop opening and people seem to be enjoying it.

"Now we're looking forward to welcoming the first people to stay here next week - then we'll be fully up and running."

Mr Cartlidge described the park as a fantastic asset for the area and said taking a kayak was "a special way to enjoy the beautiful River Stour".