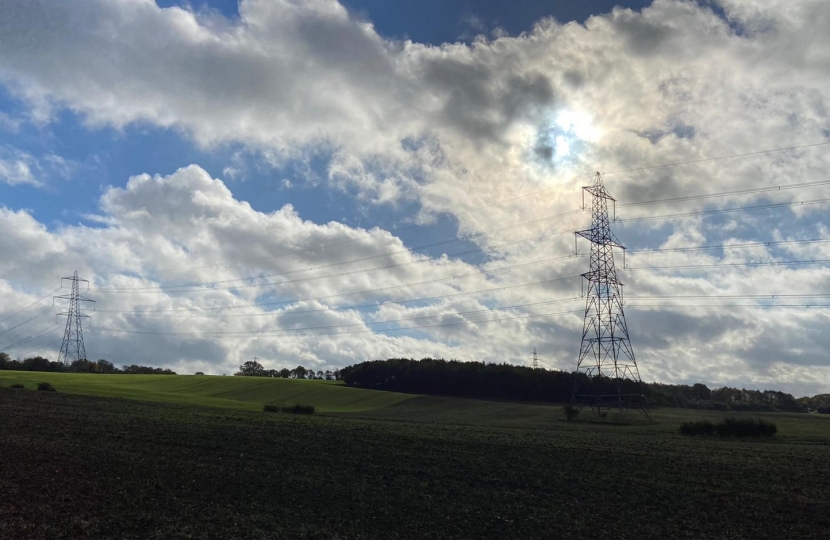 “accelerate infrastructure across the UK; promote a clean, green recovery”.

The current framework for connecting electricity generated offshore onto the onshore grid was set out as part of the Coalition Government in 2010-15, and plans for each individual wind farm developer to provide and fund the connection to the grid. Whilst the CfD and £400bn subsidy for Offshore Wind has seen significant investment and progress with the increase of UK Renewable energy, this has inevitably been accompanied by the construction of significant new onshore infrastructure, either delivered to date, or planned for the immediate years ahead.

With net zero by 2050 now legally required, and a dramatic expansion of the UK offshore energy target to 40 GW by 2030, it is now widely accepted in the industry that the way offshore wind capacity is configured needs to radically change for the system to cope. As Dermot Nolan, former OFGEM CEO, said recently, “Britain’s renewed push for offshore wind risked politically unacceptable effects because the present system would involve too many unnecessary cables being built to individually connect each project to shore” (The Times, Oct 8th 2020).

We agree – attempting to deliver net zero with a continued reliance on piecemeal infrastructure connections is a recipe for ever greater local opposition, and a breeding ground for expensive delay. This approach would be in the interest of no stakeholder since it would harm the environment – both physically and in terms of delayed emissions cuts – hurt consumers, hold back the offshore wind industry’s development and reduce our potential to be a self-sufficient exporting ‘Saudi Arabia’ of green energy.

However, whilst we very much welcome the enthusiasm with which NGESO has recently embraced coordinated offshore wind connectivity minimalism, we are concerned that the regulatory system within which it sits is inherently unsuited to the kind of broader oversight needed to push a unified model. In essence, the current model is based on unintended disincentives and conflicts of interest arising as a result of OFGEM / National Grid / Crown Estate profiting from the very fact that each connection of a wind farm is singular and not coordinated.  This in turn leads to energy consumers paying for subsidies to monopoly quangos, benefiting a very narrow interest whilst the broader national interest of a maximally flourishing offshore wind sector – minimizing harm to the natural environment – is held back. To quote Dermot Nolan again from the same article:

“I think it is a good time to go for a fully independent system operator… I think the perception would be that in order to build a large grid offshore, and continuing to build the grid onshore, the planner for that system should be independent of the existing network owner and of someone who will be competing to build new network, as well.”

On 9th September 2020 we held a zoom call with senior representatives of Elia, the Belgian transmission system operator. We have also received technical advice from an independent expert drawing on other countries’ experience, including Denmark and Germany. We formed five key conclusions from these international comparisons:

In short, we concluded from talking to those delivering such an approach overseas, that the most important part of any reform would be regulatory, and therefore is dependent on lawmakers to lead as much as the science.

From our engagement with experts and international providers we became confident over the summer that a coordinated wind farm approach is not only possible but precedented in other nations. In fact, we also discovered that there is a precedent within our own shores: the Western Link. The Western HVDC Link is an undersea electrical link between Hunterston in Western Scotland and North Wales, routed to the west of the Isle of Man and ultimately delivering power onwards into the North West of England. We noted with interest that a key reason for using an undersea link was to avoid an adverse impact on the visual environment.

We were also particularly interested in NGESO’s diagrammatic representation of how onshore connectivity might differ in two contrasting futures in 2050 (p21 of consultation document) – one image for the ‘current approach’ showing a dense mesh of onshore connections; another showing very few, with a much greater emphasis on undersea transmission. With the clear precedent of the Western Link, brought in to protect a beautiful part of the country from physical harm from overhead power lines, and the substantive vision of a ‘connection lite’ integrated future, we would regard it as a difficult exercise to communicate to East Anglian residents in the months ahead were moves towards a coordinated offshore future be discarded, delayed or approached without maximum thrust from all relevant stakeholders.

We also note various other occasions where support has been made from regulators/Government for the principle of coordination. The Offshore Transmission Network Review puts greater emphasis on integrated connections – rather than looking at onshore infrastructure in isolation. It states that there are significant environmental benefits to an integrated approach as the number of onshore landing points could potentially be reduced by around 50%. National Grid also suggest that the majority of the technology required for integrated design is available now. Even more recently, proposals are being actively discussed and considered about offshore integration methods to minimise onshore landing points. We recognise that regulatory and legislative changes may need to be made but feel strongly that this new emerging policy framework should be considered now. In fact, the review report states that some changes to achieve an integrated network can take place within the current regime. Indeed, the government said they would do this in their document, “Industrial Strategy: Offshore Sector Wind Deal” published in March 2019, when they said in their plans to work with developers, they would address strategic deployment issues including onshore and offshore transmission, cumulative environmental impacts (both in the marine and onshore areas). The government reinforced this in the same strategy plan, stating in reference to the programme for deployment of offshore wind for up to 2030 which it expects to be done in a sustainable and timely way. That strategy specifically mentioned up to 30GW of generating capacity. We are now heading for 40GW so cannot wait for action in the future.

Criteria for a better system

We accept that future infrastructure cannot be removed entirely, and that we should maintain realism with the public about what is possible over what time frame. We also appreciate that, whilst united in believing that this project is very necessary and that the regulatory part is paramount, nevertheless there are significant technical challenges that should not be taken for granted. However, we are all elected representatives and believe that engagement with the public will be crucial as the new system is delivered, and we should clear on a set of priorities to guide policy:

We believe that there is now strong consensus among key stakeholders that the UK needs to move towards a radically different model of delivering offshore wind, fully embracing coordination, if we are to maintain our prime position as a global leader in offshore wind and – above all – deliver our ambitious targets for green energy generation.

Of course, whilst focusing as MPs on the need for regulatory reform as much as technological change we accept that this will be a complex process on all fronts. There are significant questions arising from a more unified platform about how the initial new coordinated infrastructure will be paid for and how liability will be dealt with.

We therefore propose that as soon as possible a working group of industry leaders, experts and the various regulatory and political stakeholders is set up to start a rapid review of these matters. This work should be performed in tandem with, and feed into, preparation for legislation that would be introduced at the earliest opportunity; ideally, the next Queen’s Speech.

If we fail to approach regulatory reform, and thereby the coordination process, with the same pace as offshore wind output is expected to accelerate, this would be intolerable in the communities we represent that are most likely to be affected. We argue that both aspects must be in lock step, ensuring protections for communities are improved and enhanced at the same time as output targets. The key factor in delivering this new infrastructure at speed will be to legislate at the earliest opportunity for the new regulatory requirements needed to deliver a coordinated model, and we will be pushing at every opportunity to emphasise this need for rapid and radical regulatory reform.

A task force has been set up to protect communities in Suffolk and Essex from the "worst impacts" of new energy projects - such as pylons and cables in the countryside.

A major reform of offshore energy legislation has been backed by Norfolk and Suffolk MPs. Picture: DENISE BRADLEY

Calls to protect Norfolk and Suffolk coastlines and countryside from being ripped up to accommodate offshore wind technology have been backed by MPs.