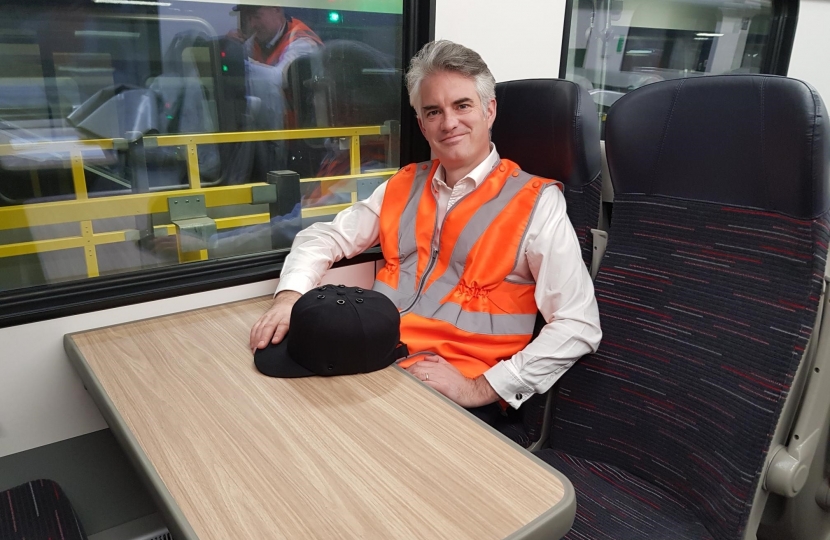 The Conservative, who has many constituents who travel to the capital for work, has written to transport secretary Grant Shapps calling for the introduction of new part-time season tickets to be speeded up.

There were reports at the weekend that rail companies trying to introduce part-time season tickets, or “carnets” of 10 tickets sold as a discount, were frustrated at delays in their proposals being approved by the Department for Transport (DfT).

The DfT has had a much greater role in running rail services since the government announced in March that it would be supporting the rail companies which lost almost all their passengers when lockdown was imposed.

“It was something I brought up in my first adjournment debate in Parliament – and I will be writing to the transport department to try to ensure that the proposals go through as quickly as possible.”

Greater Anglia does offer a “Flexipass” five, 10, 30 or 50-journey carnet – but they are not available for destinations other than Liverpool Street or Stratford (or Tottenham Hale on the Cambridge line) and they are time limited.

Mr Cartlidge added: “Getting flexible season tickets has always been important, but it is now becoming more vital than ever following Covid. More and more employers and staff are realising it is possible to work partly at home and partly in the office and the rail industry has to reflect that.

“Before I was an MP, I was running a business that employed a lot of people working mainly at home – and that is going to happen more and more.

“People will be going into the office for training, especially new employees, and for meetings and to work together with colleagues sometimes. But we will see many more people going in once or twice a week and they have to be treated fairly,”