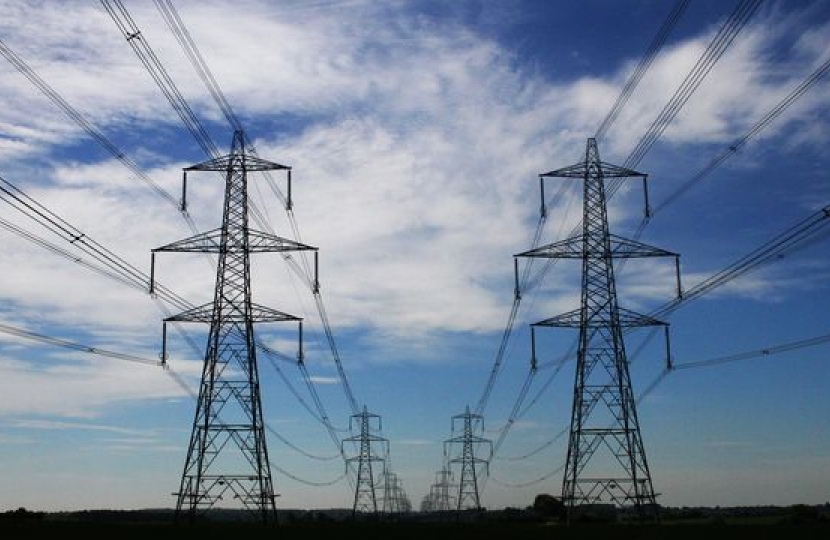 You may have seen that National Grid opened their public consultation on the 25th March 2021 on the Bramford-Twinstead electricity infrastructure upgrades, including new 400kV pylons across South Suffolk. I have included a copy of their proposed route map at the bottom of this page.

You will also find a letter that Rt Hon James Cleverly MP, Sir Bernard Jenkin MP, Dr Dan Poulter MP and I wrote to the Energy Minister, the Rt Hon Anne-Maire Trevelyan, urging her to suspend the consultation until details of a further new proposed line, ATNC, have been fully outlined. As this new line may also take the same Bramford-Twinstead route, we believed that it was important they were considered together, as only then can their cumulative impact be properly assessed.

We have now received a response from the Energy Minister (also attached at the bottom of this page), which outlines the reasons why she cannot suspend the consultation at this time, due to her quasi-judicial planning role. She has identified that there will be another stage of pre-application, later this year, before any final proposal is submitted for a Development Consent Order (DCO). At this point the Planning Inspectorate will assess the application before making a recommendation to the Secretary of State. This timeline means that it is likely that more information about the so far unknown route for ATNC should have been released before these current proposals for Bramford-Twinstead are considered by the Planning Inspectorate.

In the meantime, there are a number of actions that I will be taking. First of all, if you haven’t already, I would encourage you to submit detailed responses to this pre-application consultation before the 6th of May. I will also be responding, repeating my concern about the potential culminative impact, and emphasising the need for appropriate undergrounding, in relation to the current Bramford-Twinstead proposal. You can respond to the consultation here: https://bramford-twinstead.nationalgrid.com/.

I will also be working with MPs and Councillors across East Anglia to establish the best forum for us to engage with BEIS and National Grid about the transmission of energy being produced on our coastline. It is essential that our voice is heard so that our countryside can be protected. Much of this work will focus on encouraging greater undersea transmission, and I am currently putting together a set of detailed arguments to support the overall case for undersea cabling as a preferential technology.

Please do not hesitate to get in touch with me on james.cartlidge.mp@parliament.uk if you have any questions.

My Response to the Bramford to Twinstead Consultation - March 2022

My response to the Bramford to Twinstead Reinforcement statutory consultation can be found below:

My response to the Bramford to Twinstead Interim Consultation - May 2021

To respond to the consultation: https://bramford-twinstead.nationalgrid.com/